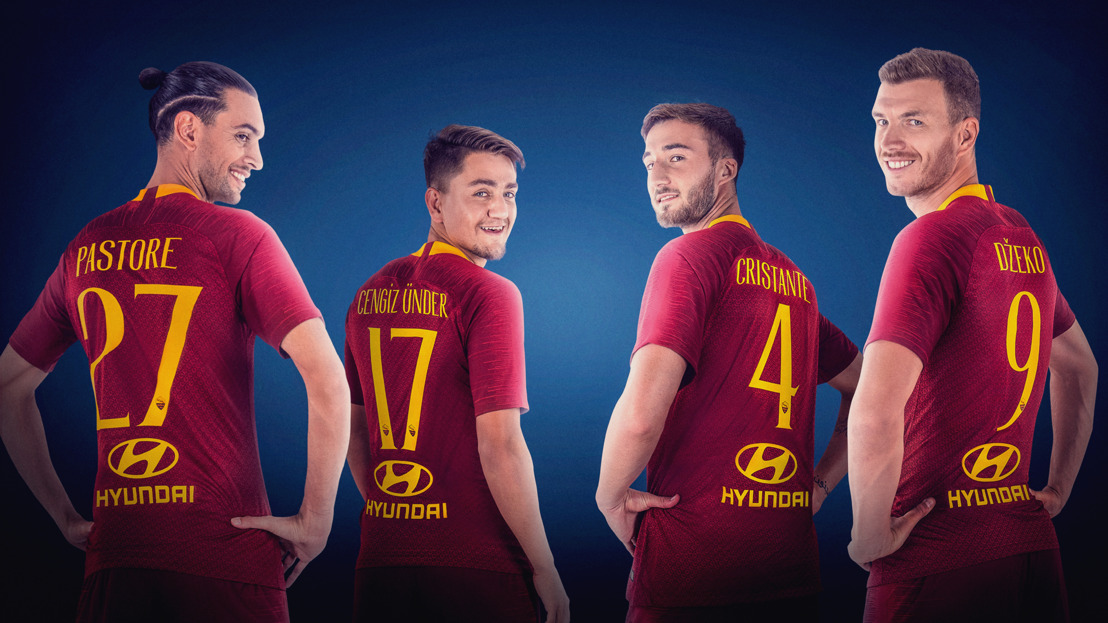 Hyundai Motor has announced a multi-year partnership with AS Roma, becoming the global automotive partner of the club. The Hyundai logo will be presented on the back of the famous red and gold jersey in all domestic competitions from next season until 2021.

Representing the first time that Hyundai has established such a partnership in the Italian football market, the brand will work closely with AS Roma to create a range of innovative initiatives and valuable benefits for the club’s supporters, aiming to bring ease to fans’ mobility and make football more accessible to them.

In activating the partnership, Hyundai will also be visible across the club on home match days in the form of LED perimeter advertising, at the club’s training ground and through a diverse social and digital media presence, among other rights.

To celebrate the launch of the new partnership, AS Roma first-team players Edin Džeko, Javier Pastore, Bryan Cristante and Cengiz Ünder feature in a new video, filmed at the club’s Trigoria training facility. The video sees a group of dedicated supporters, invited for an exclusive behind-the-scenes tour, enjoy an extra special moment when they are unexpectedly surprised by the players during their visit and presented with personalised 2018/19 shirts. Watch the video here: https://youtu.be/pv-4OdfJouY.

Through this announcement, Hyundai extends its long-standing presence in football at the highest level, having been continuously engaged in national and international competitions for the last 20 years.

The partnership with AS Roma also adds to a growing portfolio of pan-European football club engagements, following recent sleeve sponsorship announcements with Chelsea FC of the English Premier League, Club Atlético de Madrid of La Liga and Hertha BSC of the Bundesliga.

“This partnership is another major milestone for Hyundai and adds to a growing list of domestic football sponsorships in capital cities across Europe following our deals with Chelsea FC, in London, Club Atlético de Madrid and Hertha BSC. AS Roma is another club with a hugely passionate fanbase that aligns with our strategy of placing fans at the heart of all our activities, and we look forward to giving back to these fans over the course of the upcoming season and beyond.”

“We are delighted to be announcing our new partnership with Hyundai, one of the most successful automotive companies in the world. Our common ambitions for innovation and excellence have made it very easy to close this agreement. We shall be proud to wear the Hyundai name on the back of our shirts, and we look forward to working closely with Hyundai as they seek to entertain and engage our global fanbase.”

Hyundai has been a FIFA Top Partner since 1999, was engaged with UEFA for 18 years to 2017, and remains heavily involved with national teams as well as individual clubs in many countries, including Olympique Lyonnais in France and, from next season, Chelsea FC in the UK, Club Atlético de Madrid in Spain and Hertha BSC in Germany.