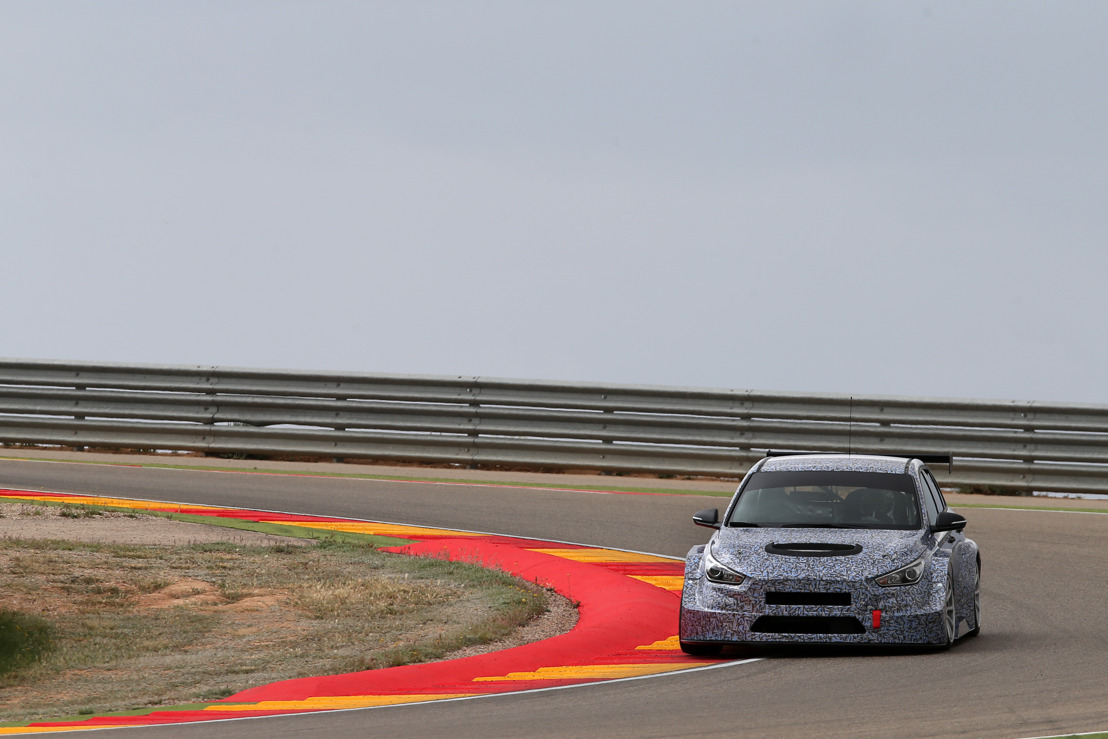 April 28, 2017 – Hyundai Motorsport’s first project for circuit racing took a big step forward earlier this week, with the New Generation i30 TCR taking to the track for the first time as testing began for the new car.

The Customer Racing department travelled to Motorland Aragon in Spain as the development phase of the project got underway in earnest. Prior to the trip the team had completed several shakedown runs with the brand new design, but the three days at the track gave the engineers a first opportunity to gather data about the car’s behaviour around laps of a race circuit.

Completing the running without major reliability issues the team was able to begin trying alternative settings as they started to work towards a base set-up for the car. The mix of corners on the Aragon circuit made it the perfect venue for the maiden test. The 5.3km layout allowed the team and driver Gabriele Tarquini to refine the handling balance through both slow and high speed corners, as well as under heavy braking for the hairpin at the end of the long back straight.

The team was also able to test a number of different engine map settings to begin to gauge the performance of the two-litre turbocharged engine, which is connected to a six-speed sequential gearbox, operated with paddle-shifters.

Based on the road-going New Generation i30 platform the new race car is designed according to the successful TCR regulations that were first used in 2015. The category now forms the basis for a number of international and national championships, as well for classes that compete at endurance events.

Following the test the car returned to Hyundai Motorsport’s headquarters in Alzenau, Germany, where the team will prepare for next date in a busy development schedule.

Customer Racing department manager Andrea Adamo said: “The first test of a new car is always a very exciting moment in a project, and to have come through three days without a major problem makes it even better. We were able to complete all the work that we had set out for the test, which is obviously a nice start to a busy development schedule for the New Generation i30 TCR project. We were able to work on the balance of the car, and start developing an initial set-up that we can use in future, not only for the handling, but the important engine and differential settings.  We can now use these as a base for future tests as we turn our focus to gaining the maximum performance from specific components.”

Testing of the New Generation i30 TCR will continue through the summer and autumn at venues around Europe. The first completed cars are expected to be delivered to customers is early December.